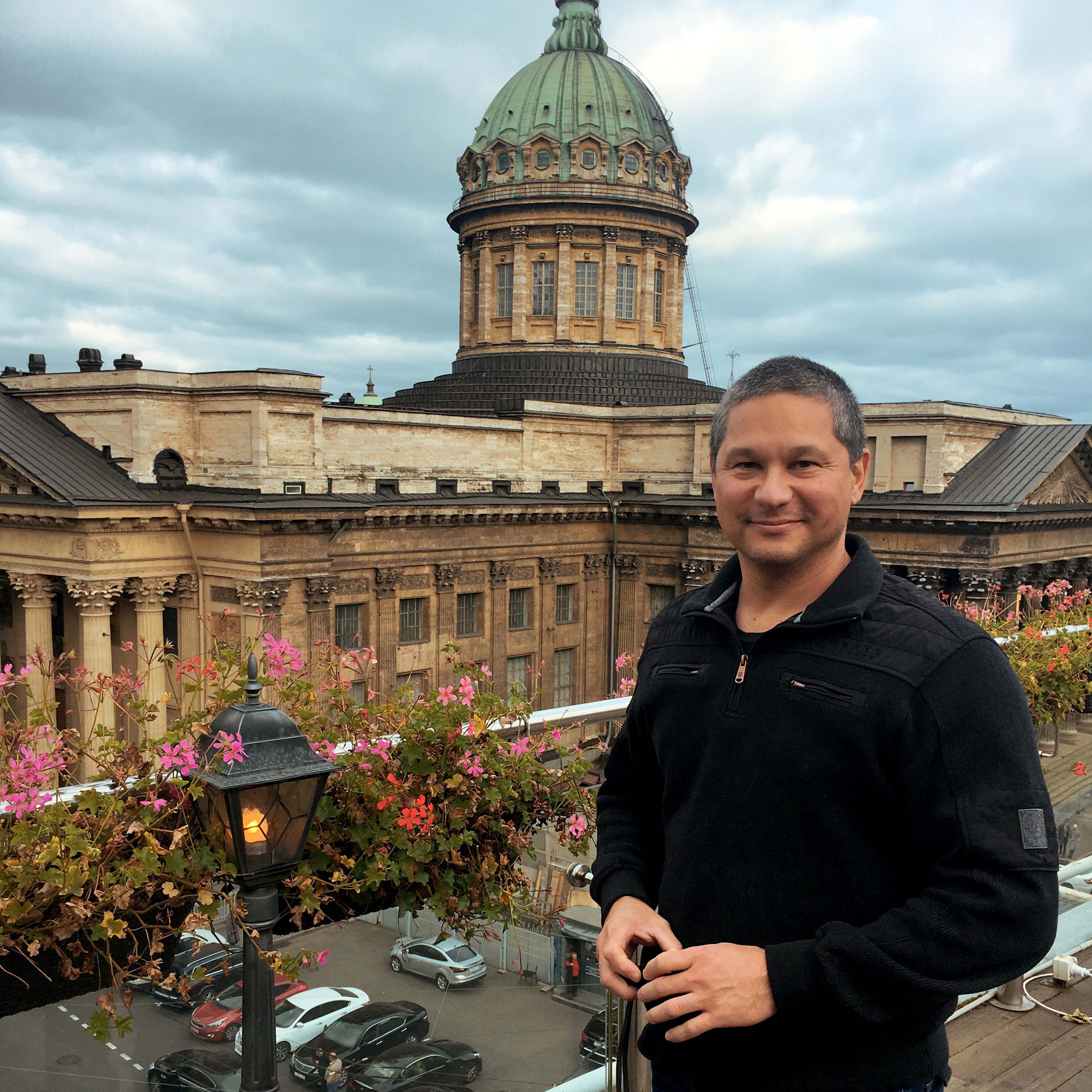 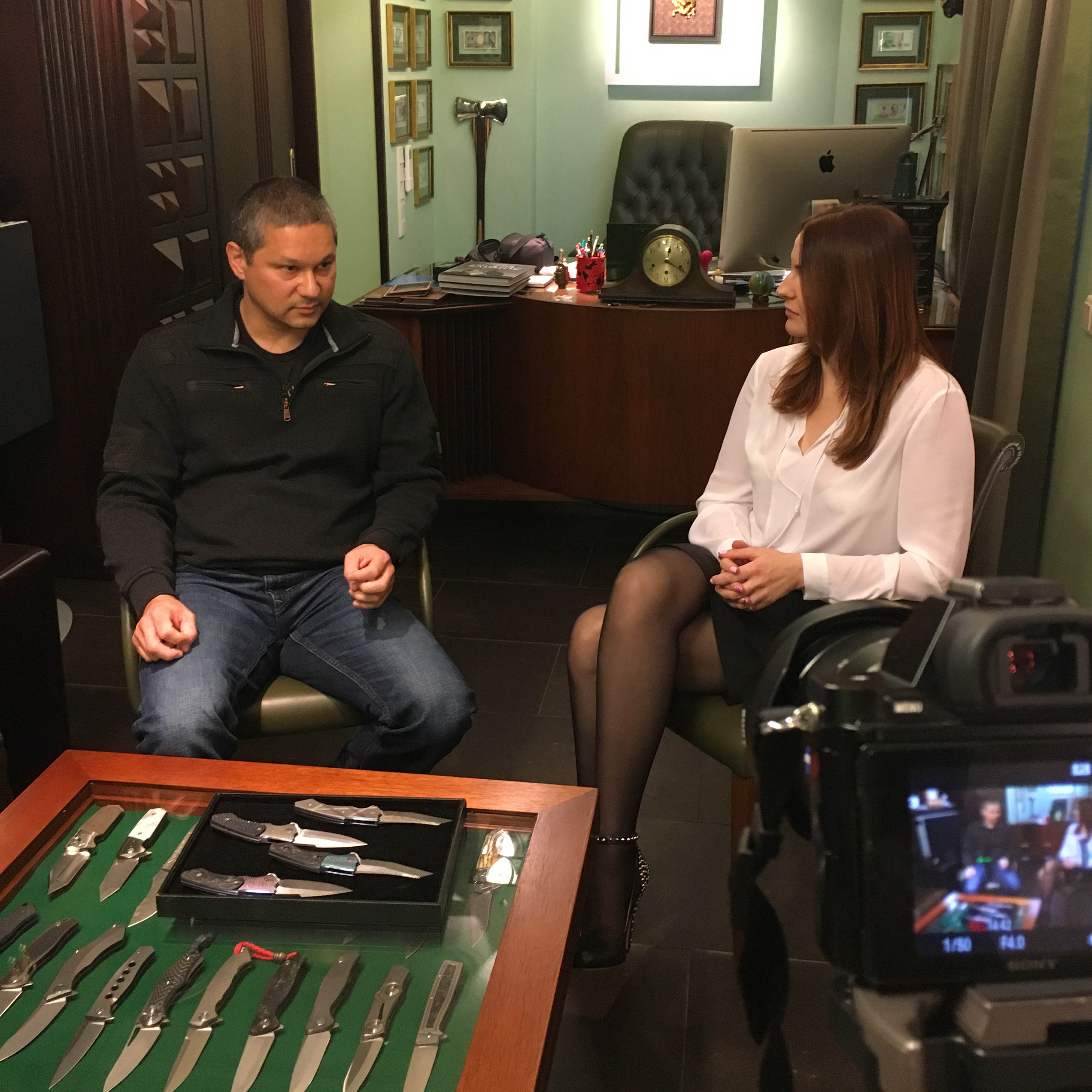 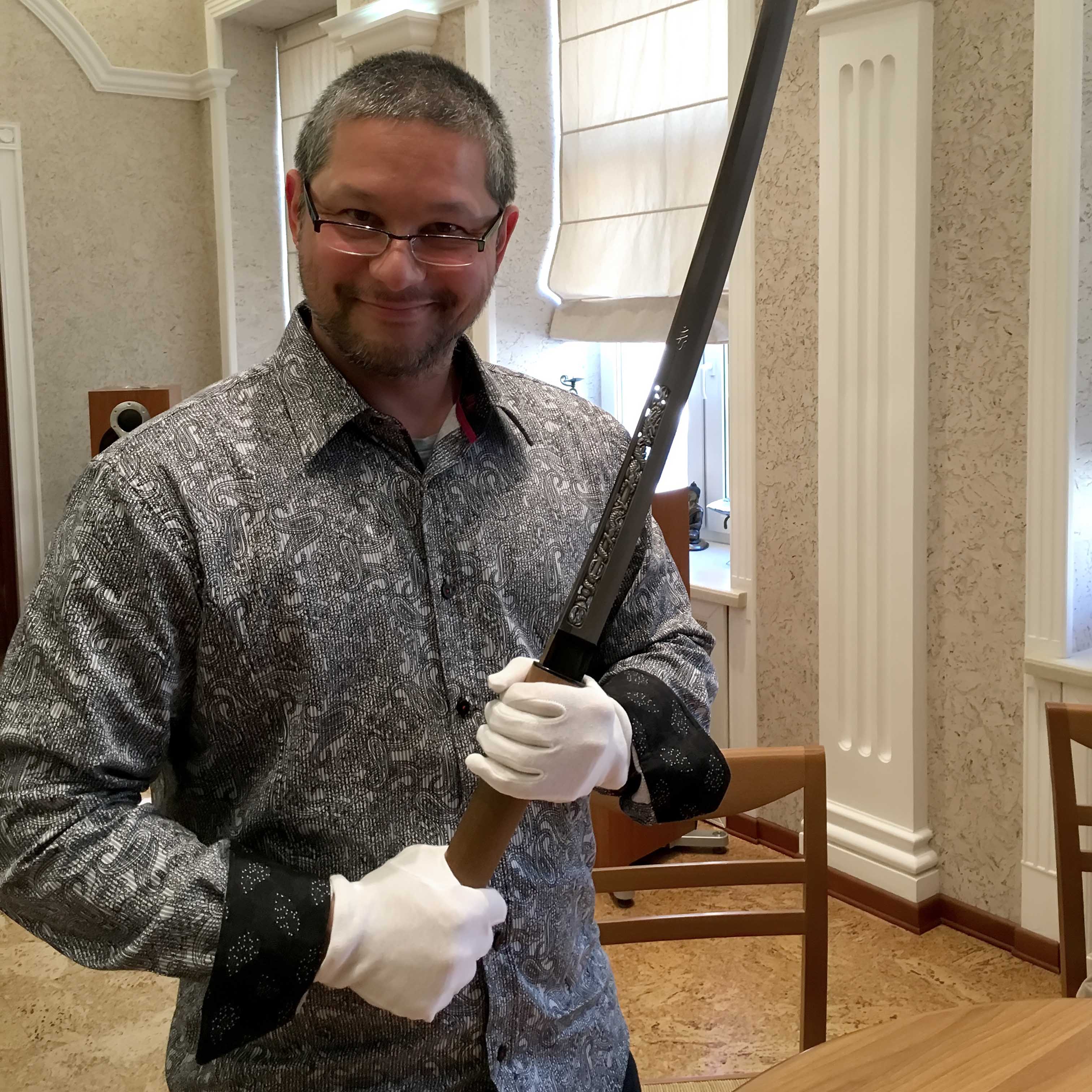 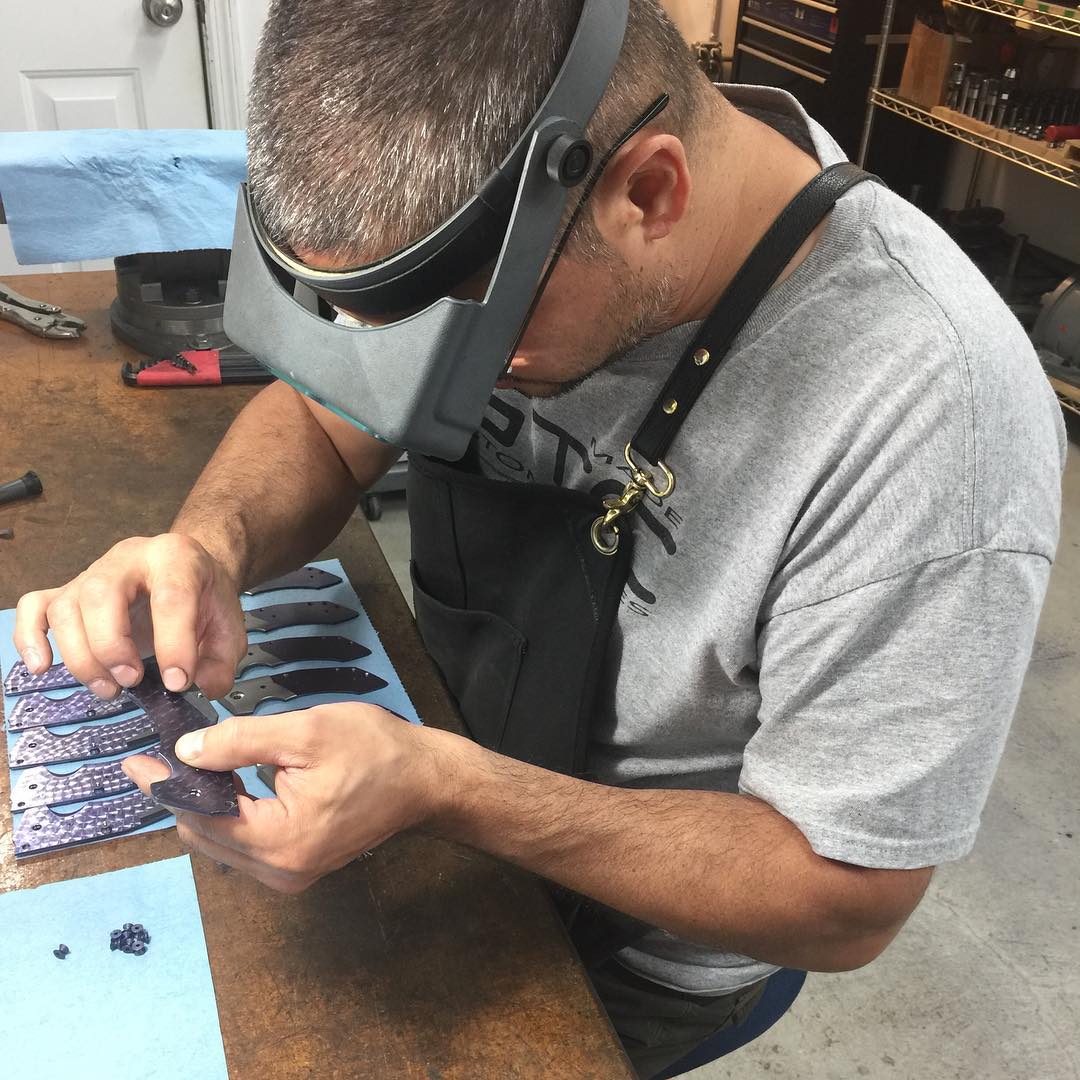 Allen Elishewitz is an American knife maker who has been making custom knives for over 30 years. This is one of those people who turned the EDC folding knife into a popular men's accessory.

Allen is a man of many talents, each of which resonates in his work. The peculiarity of Allen's knives is handicraft. Almost all of his custom knives are made by hand, without the use of CNC machines. According to him, a real master will not make knife details on CNC machines, this diminishes his professional level and turns designer knives into ordinary mid-tech.

From a young age, Allen Elishewitz studied applied arts: drawing, painting, artistic etching, printing, architectural decoration, guilloche, and enameling. Allen not only revived the popularity of the forgotten guilloche technique (fr. — guilloché, wavy pattern) but was the first of the masters to use it for decorating knives.

From the age of 10 to the present day, the Master has been practicing martial arts. Over the years, Allen studied martial arts: Goju-Ryu, Muay Thai, Shaolin Quan, and Pekiti Tirsia Kali, traveling to the countries carriers of these cultures — Indonesia, Thailand, Singapore, and Taiwan.

The Master holds a BA in Criminal Law and a Doctor of Fine Arts degree.

Allen was born and spent most of his childhood in Dallas. His school years were spent in Thailand, where his father got a job from the UN. Elishewitz showed an interest in knives from a young age: he made the first knife in the first grade. And then he made the first folder from a piece of scrap metal and wood. In high school, Allen began to design knives, ordering their manufacture in local workshops.

After high school, Allen returned to his native Texas and went to college. In the States, he continued to design knives, reaching out to local knifemakers to make them. However, as the Master recalls: “Something was missing, there was no right feeling from such products.” Therefore, Elishewitz soon decided to make knives on his own.

After graduating from college, Allen served in the 4th US Marine Reconnaissance Battalion, commanded a Combat Reconnaissance Squad, completed special courses in warfare in water and on land, with the participation of artillery and warships, an underwater reconnaissance course, and many others.

Since 1988, Allen Elishewitz has been serious about knife making. The training took place gradually. In a world without the Internet, a young knife maker tried to find at least some information about the design and technology of making knives in magazines and at a few exhibitions. When Allen started, he had no idea what specific tools his colleagues were using. But talent, hard work, his vision of the knife as an object of applied art, as well as complete uncompromising attitude towards his products, quickly enough brought Elishewitz to Olympus Knifemaking. Possessing extensive experience and knowledge both in design and decoration work, and in knife fighting, the Master created tactical folders that were truly breakthrough for their time. Without exaggeration, he can be ranked among the Authors who have had a significant impact on the current trends in the market for custom tactical knives.

Already in 1992, his talent was noticed by the editor of one of the popular knife magazines. This event led to the fact that a few months later, Allen Elishewitz began to collaborate as a designer with the Benchmade brand, which produces classic American knives. The young knifemaker, who knew all the nuances of his work and was distinguished by a completely non-standard approach to creating knives for that time, became a celebrity, and his best folding knives now adorn the shelves of collectors around the world.

In 1994, Allen became the youngest Master accepted to the American Knifemaker Guild. Nowadays, he is the Director of the Guild Council.

As Elishewitz writes, “I have been making knives since 1988 and since then I have never stopped researching, discovering new horizons, and improving my skills.”

In addition to knives, the Author is making custom wristwatches and tactical pens.