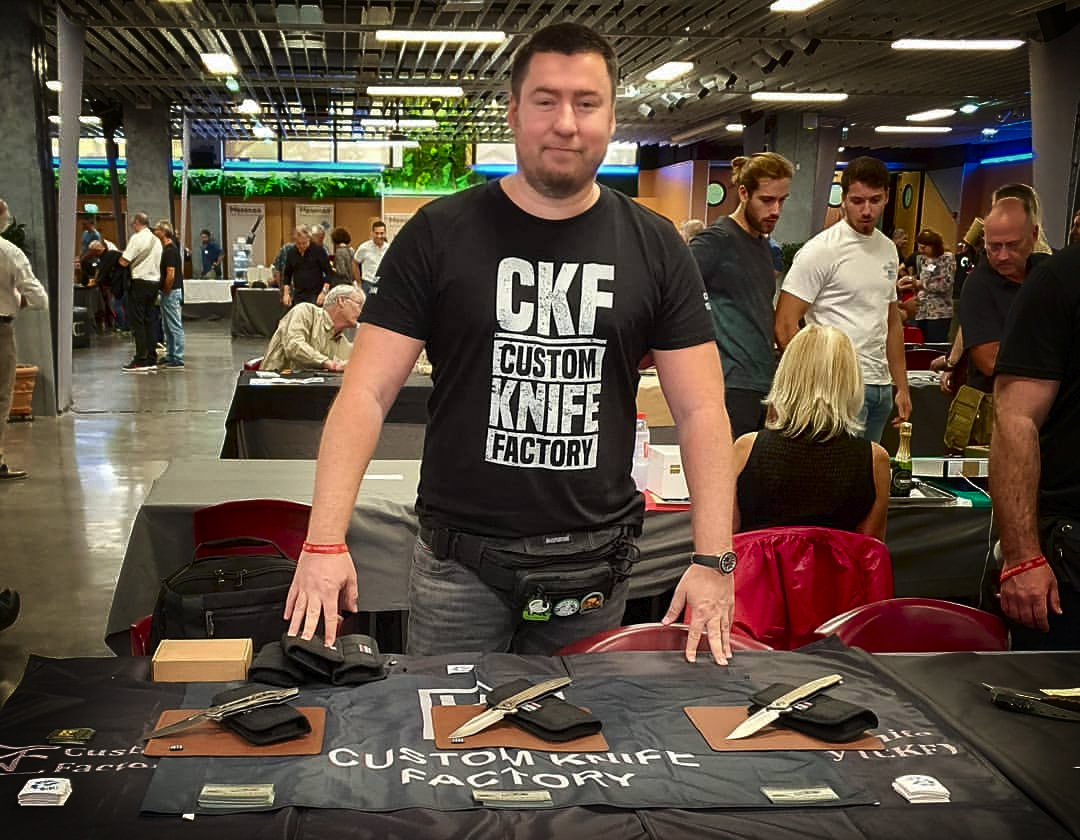 Custom Knife Factory (CKF) — Russian brand that specializes in creating high quality tactical EDC knives. According to the founder of the company Mikhail Kulygin, Custom Knife Factory — is a name with humor, after all, a custom cannot be factory made. However, as you know, every joke contains a bit of truth. The main products of the company are high quality serial knives by popular custom craftsmen from around the world, usually limited editions.

By the time the company was founded in 2012, Mikhail Kulygin was already a successful businessman, well known in the circles of Russian knife-making. He was well aware of the financial gap between the cost of first-class authors’ folding knives and the financial capabilities of most of their fans. Mikhail Kulygin gave adult boys a bridge to the realization of their dreams. CKF produces high quality knives of famous designers "with a custom aura" at a reasonable price.

Most of the folding knives with CKF logo are created in the amount of several hundred samples. In addition, there is a midtech limited edition. Much less often, the company presents a single custom knife. Such as, for example, Muscle — MADCAMO from Tashi Bharucha.

At the beginning, CKF cooperated with domestic knife makers. The company produced limited models of Alexei Vorobyov, Igor Ponomarev, Evgeny Muan and others.

Now the geography of designers has expanded. The brand had a successful collaboration with TuffKnives founder Geoff Blauvelt, with Philippe Jourget, Jack Hoback and Michal Gavac, and others.

But the main creators of CKF are still Anton Malyshev (aka Tohus) and Alexei Konygin (known as Ratatouille). Malyshev made a perfectly balanced flipper “Sukhoi”. Konygin designed a shamanic knife “Crocar” and fantastic “Decepticon”. The “Decepticon” has already survived five reincarnations. At the Paris exhibition SICAC 2019 Mikhail Kulygin assured that the DCPT-5 model will be the last in the line.

Custom Knife Factory attends the most significant knifemaking shows in the USA and Europe, and the CKF dealer network has 6,000 points and covers the whole world.